Today, Friday 10th January 2014 marks the beginning of a Global Week of Action against the government crackdown on Cambodian protesters. The week will be marked with protests at the Cambodian Embassies and other locations around the world, including the one in London today.

Violence against garment workers began after Cambodian unions called a national strike on December 24, 2013. Workers were demanding an increase in the minimum wage to USD 160 per month. As protests continued, the police and military responded with violence on January 2 and 3, killing at least 4 people and injuring almost 40.

Labour rights groups and trade unions across the world are expressing outrage at the brutal violence and are calling on global clothing brands to use their influence to achieve an end to repression against workers involved in wage protests and the resumption of good-faith wage negotiations.

The groups, including Clean Clothes Campaign, International Labor Rights Forum, Worker Rights Consortium, Maquila Solidarity Network, United Students Against Sweatshops, International Union League for Brand Responsibility, Workers United, SEIU, Framtiden i våre hender, and CNV Internationaal, The Netherlands, are calling on global clothing brands to take immediate action and contact the Cambodian government demanding an end to the violence and immediate release of those who have been detailed for participation in the protests. They are also demanding that the government adhere to the guidelines set out by the International Labour Organisation.

“Whilst our primary concern is the safety and well-being of those workers who have been detained, we are also calling on brands to look at the long-term implications of their purchasing practices.” said Jeroen Merk of the Clean Clothes Campaign. “Until brands recognise that these practices contribute to the poverty wages received by workers in Cambodia, and in turn the demonstrations we are witnessing, then no brand sourcing from Cambodia can claim to be acting fairly or decently.”

As poverty wages are at the root of the demonstrations, the groups involved are also asking global clothing brands to recognise the role they play and take immediate action including:

Publicly stating that any future apparel and footwear orders in Cambodia depend on:

Paying fair prices to factories, sufficient to enable employers to pay a decent wage;
Supporting the workers’ call for a substantial increase in the minimum wage (to USD 160); and
Committing to maintaining buying volumes from Cambodia if wages were to rise.

Cambodia’s garment industry employs over 500,000 people, is responsible for around 95% of Cambodia’s export industry and is worth €3.38 billion a year. The minimum wage falls a long way short of a living wage, and the poverty wages workers receive contribute to shocking levels of malnutrition amongst the mainly young female workforce.

Regardless of whether you are able to attend any of the demonstrations or events, show your solidarity and make a commitment to finding out where and how the clothes you are buying are made. Consumers cannot continue to turn a blind eye to the flagrant abuses of international labour laws that are committed in the fashion industry. Global brands will continue to exploit people and the land in the quest for cheaper prices until we vote with our collective purchasing power.

Take a look in your own wardrobes this week and you’re bound to find items labelled ‘Made in Cambodia’. There are factories in Cambodia that work ethically – of course – but with a minimum wage of less than USD 160 per month, it’s clear the vast majority of clothes made in the country are done so in an exploitative way.

What’s bought in the past is done and it’s time to look forward and make a commitment to buying ethically sourced clothing. It’s not difficult. Your favourite high street brand should have a sustainability policy on their web site so you can have a read through and decide for yourself whether they are doing enough to ensure the safety, wellbeing and remuneration of the workers who are making their garments.

Regular updates on the developing situation in Cambodia can be found from the following:
LICADHO – Cambodian League for the Promotion and Defense of Human Rights
CLEC – Community Legal Education Center

Information on the January 10 Day of Action events can be found here.

The term ‘sweatshop’ is commonly used nowadays to describe any place with poor working conditions. The word can conjure up images of hot, dark, damp factories in developing nations but factories with poor working conditions can come in many different forms and could be right on your doorstep. Although there is no one definition, a factory is generally termed a ‘sweatshop’ if it contravenes a minimum of two labour laws set out by the International Labour Organization. These laws pertain to wages and benefits, child labour and working hours. A sweatshops can be a workplace where employees are subjected to exploitation, discrimination, poor working conditions or abuse. There are sweatshops all over the world, in every country. 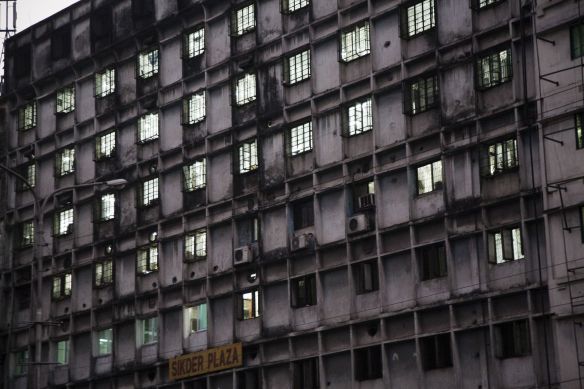 In 1998 the International Labour Organization adopted then Declaration on Fundamental Principles and Rights at Works outlining four essential principles that many of us take for granted in the workplace:

Because there is no one universal definition of a sweatshop and each country adheres to their own labour laws, it is hard to get a global perspective on how bad the sweatshop problem is. Many of the factories with the worst conditions accept work as sub-contractors and therefore might not be inspected by the company whose items are being manufactured there. Although all big companies have quality control teams and should know exactly where, how and by whom their items are being manufactured, in many cases, the company can claim that it didn’t know their items had been sub-contracted. The factory they have contracted to do the work may be farming the work out to a cheaper factory so that they can increase their mark-up. Big companies are often looking for cheaper, faster options and will move their manufacturing to a new factory, or even country in order to achieve this.

There are all kind of products made in sweatshops but some of the biggest problem items produced or grown under ‘sweatshop’ conditions are shoes, clothing, rugs, toys and crop items such as coffee, cotton and bananas.

In order to avoid buying sweatshop produced items, consumers need to shop wisely. Companies should be disclosing all the information about where their items are made, who is making them, where and how but until this happens, the choice lies with the consumer. Look for items which are certified by independent associations such as Fair Wear, Fair Trade and GOTS, who have social compliance criteria as part of their organic textile certification programme.

Adhere to the principle of buy less and pay slightly more. It’s a no-brainer that cheap clothes are poorly made out of the worst quality materials by someone who may not have basic rights at work. At the end of the day, paying £1 more for your t-shirt could mean that workers employed in the factories where that t-shirt is made are adults earning a living wage and treated as you would wish to be treated at work.